Australia’s national symbols that Bill AC governor general announced that Australian opal gemstones would-be Australia’s national gemstone on 27/6/1993, and one of the highest office in Australia is the governor general position. Australian emblems the National anthem and coat of arms with green and gold is the National symbols colour and of course the Australian flag are some, but the most beautiful symbol is the Australian opal gemstone, and the most beautiful and rarest and valuable come from an official Government Heritage listed area in Australia known as the 3 mile. And the last prospector and claim holder to work this area and is still alive is graham black, who also was the last professional to work with the famous Guinness book of record opal guys the Barclay brothers from the Town of Lightning Ridge, these guys was true blue very honest and hard-working,  but one of the guys who was nick named the recker was not so reliable as he used to like having a beer with his mates at the pub, in the good old days before beer was taxed priced too high for working class people thanks to all Australian governments, go to wikipedia for more information about Australia’s National Symbols.

I would like to make the first and second victory against the German allies the Japanese in www2 also National symbols, my father and his three Brothers volunteered for the Australian military and carried there lucky charm an opal gemstone Australian symbol.

My fathers oldest brother was a true Australian hero and was promoted in the field to an Australian officer, Lieutenant Lawrence Black of Z unit, this was a very secret organisation of volunteers, always working behind the enemy lines. Lawrence was one of only a few Australians that was also awarded the American submarine metal. The first successful secret mission that destroyed so many Japanese military shipping, was by special Z unit guys but today not heard of to be promoted in the field to an officer. To become an officer today in the Australian military you don’t need to be a hero, you have to go to a military officer College and bravery is not a subject.

The days when Women was elegant and young men had hair on their head the Australian diggers was True Heroes, wear today in Australia anybody can be a hero like a sports person, that has a little bit of blood sweat and tears on there hands and a big pay packet to go with that. But true heroes risk their life’s to save others like the diggers, a term for the Australian army which were the first military men to defeat and stop the advance of the Emperors royal Japanese troops.

Up to this stage the Japanese military had beaten the USA in the first 3 battles, Pearl Harbor the first and a massive defeat on the American Navy, the last was the Philippines a colony of the USA, where about 60,000 troops had to leave the Philippines because they were no match for the Japanese military. By this stage the Japanese was controlling most of China and the French were driven out of Indochina, nearly all the countries in Southeast Asia surrendered to the emperors army.

The Dutch was defeated in Indonesia and the English had to withdraw because otherwise they would had been defeated, in what was called in them days nearly 75 years ago the country of Burma. Wow possibly there worse defeat ever in the history of the biggest empire was the fall of the English colony of Singapore. Hey so maybe the Australian opal symbol and lucky charm was a good omen lol, but the Australian diggers show the world the Japanese could be defeated, because at this stage the whole world thought that the Japanese could not be defeated, and without the continent of Australia being the only country in Asia too hold up and not retreat or surrender to the Japanese invasion.
This goes down in history like the 300 Spartans that held out for such a long time, against massive numbers like the you Australians did, but the Greek Spartans were defeated in the end by the much larger Persians Invaders, where the diggers numbers were very few defeated the Japanese Samurai, and in the end of the Invaders not one samurai stood standing as the much bigger royal emperor’s forces of ninjas all fought to the end.

This gave the USA time to come back into ww2 and have a new base in Asia, where they could get one back on the Japs, and have sweet payback for their first 3 defeats by helping the Australians. At this stage the Australians had been defending Europe for about five years, this made the Australian diggers very tough soldiers, because they had also been fighting the European German nazis and Italian allies of the emperor’s army. 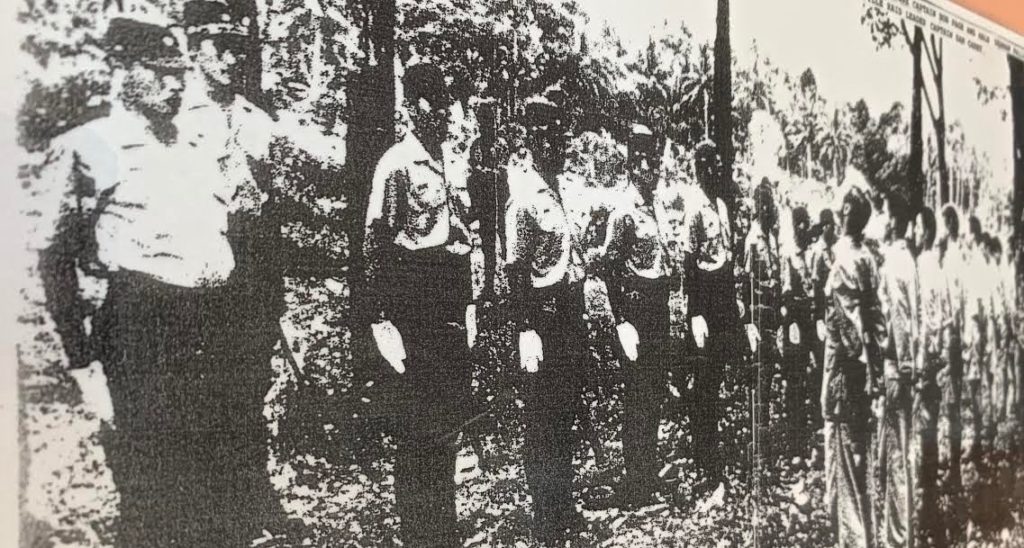 Australian’s icons heroes soldiers special forces Z unit in www2 caught by the enemy and tried as spy’s and beheaded by the Japanese military in Singapore. Lieutenant Lawrence Black was very lucky he never went to Singapore on the second mission, he lead another mission into Indonesian Lombok, where he was the only one in he’s group of Z Force special soldiers that lived, where the Imperial Japanese commandos used Samurai saw’s to decapitate three of the four Australian soldiers while on the night mission. Lucky lieutenant Black took off into the jungle and was chased for 10 days before finding, on the other side of the island was parked an Australian military sea flying plane wow Lt Black yelled out start the engine japs coming.

Australians who went to ww2 & stop the Japanese at war in Southeast Asia and  Pacific Australia.

These Australian men truly amazing saved Australia by stopping the Japanese from advancing and conquering the whole of Asia, after this brutal battle in the biggest island in the world next to Australia named Papa New Guinea. Straight after these 2 battles the Australian diggers teamed up with the much larger USA along with the English and the Commonwealth countries Canada New Zealand and India, but the Americans supply the vast amount of planes and submarine shipping and equipment played a very big part in saving the world from the invaders, the Italian and German’s European Nazis that was allies of the Japanese military, but this was the end to all the tens of millions of people that died, and put a stop to all the tragic events during www2 diggers Australian icons.